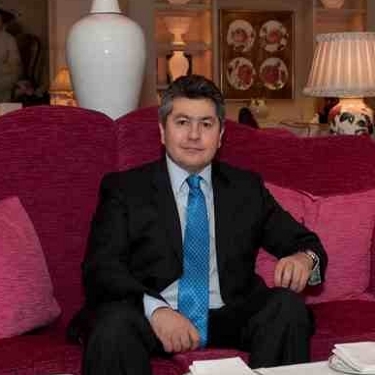 Chairman of the Global Resources Partnership (UK), and Executive Chair of The Bosphorus Energy Club (Istanbul).

He served, inter alia, as a Turkish diplomat, advisor to the Prime Minister, on the international staff of the International Energy Agency and OECD as principal administrator, British Gas Group Director and Invensys chairman of advisory board.

Currently based in London, Mehmet serves as chairman of Global Resources Partnership, an independent non-executive director on the boards of Genel Energy plc and Sisecam Group companies, and a special envoy for The Energy Charter in Brussels for MENA/Eurasia. He also leads the Bosphorus Energy Club, a prestigious exclusive gathering of the top movers and shakers in finance, energy and politics across Turkey, Eurasia, MENA and Southeast Europe. He advises major energy corporations on new investment deals, funding, strategic stakeholder alignment and risk mitigation strategies.

In his early career, Mehmet served as an advisor to the late Turkish Prime Minister, Turgut Ozal and was a diplomat, having worked on critical “economic and energy diplomacy” dossiers in Ankara, Beijing, Brussels and Paris.
After quitting the foreign services in 1994, Mehmet joined as a senior staffer at the International Energy Agency heading Eurasia, Asia-Pacific and Latin America programme and the OECD in Paris managing international investment outreach over 12 years.
Mehmet was for six years the global director for BG Group Plc. in the UK, managing high-level government engagements and new business development around the world. He also worked as the chairman of the International Advisory Board of Invensys (and Dimetronics) until recently.
Mehmet is a graduate of Turkey’s Political Sciences Faculty, London School of Economics (MSc) and College d’Europe (MA), Bruges. He is an occasional lecturer at LSE, Dundee University and Harvard University.

As part of The London Speakers Bureau he often speaks at key international and regional conferences around the world and writes in newspapers on future trends, energy, investment and geopolitical matters.
Mehmet is fluent in Turkish, English, French and Chinese (conversational).