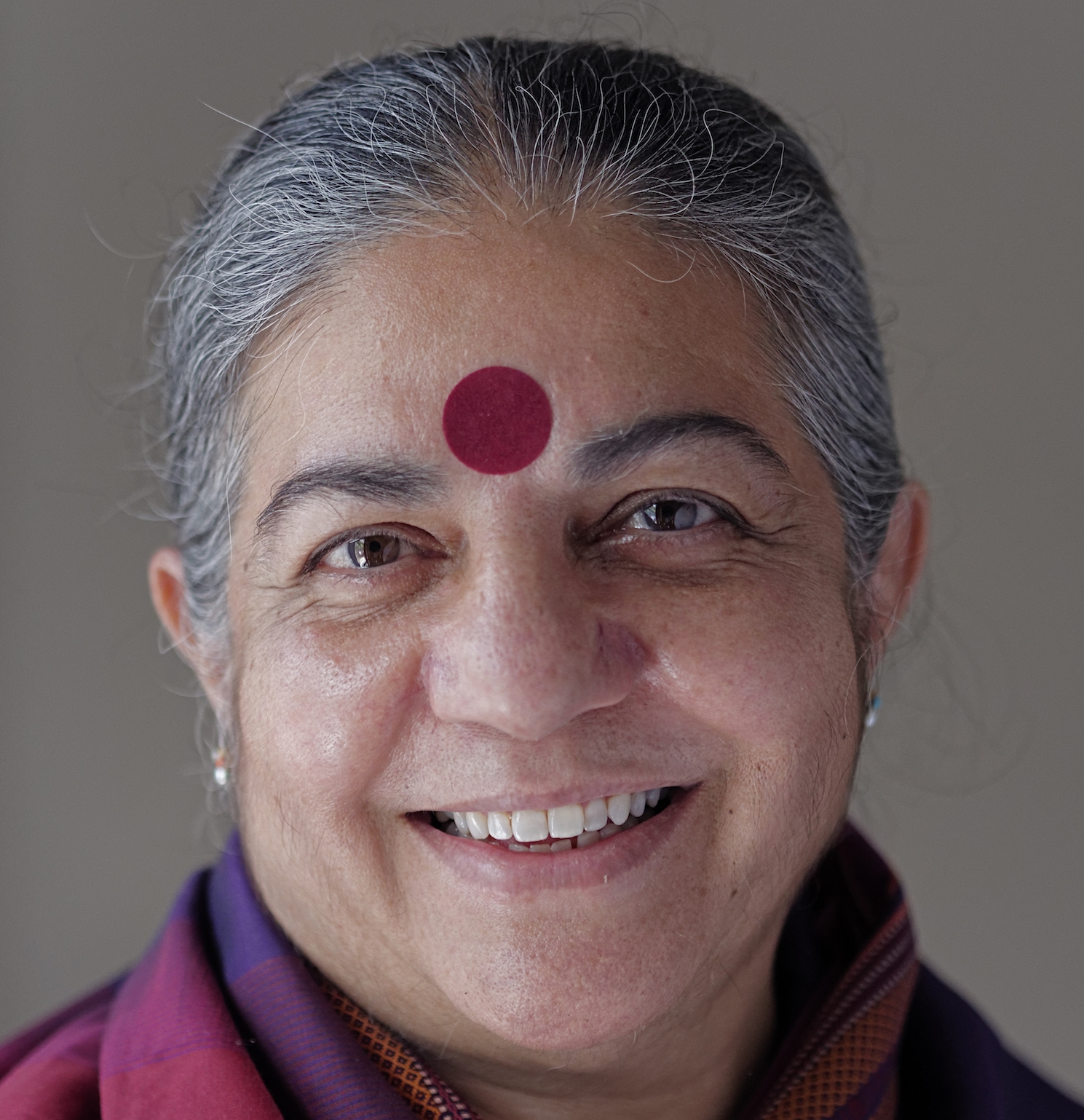 Vandana Shiva is a board Member of the International Forum on Globalization and a world-renowned environmental leader, thinker and author.

Shiva addressed the World Trade Organization summit in Seattle, 1999, as well as the World Economic Forum in Melbourne , 2000. In 1993, Shiva won the Alternative Nobel Peace Prize (the Right Livelihood Award). In 2010, she was awarded the Sydney Peace Prize for her commitment to social justice. The founder of Navdanya (“nine seeds”), a movement promoting diversity and use of native seeds, she also set up the Research Foundation for Science, Technology, and Ecology in her mother’s cowshed in 1997. Its studies have validated the ecological value of traditional farming and been instrumental in fighting destructive development projects in India.
Before becoming an activist, Shiva was one of India ’s leading physicists. She holds a master’s degree in the philosophy of science and a PhD in particle physics.